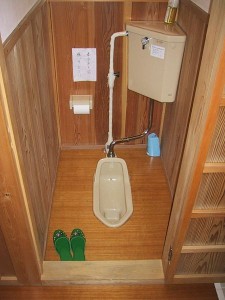 Each culture has its own peculiarities and the Japanese culture is not an exemption. I am sure that many Japanese do not see these things as peculiar. However, it is quite interesting is how people from other cultures perceive these as idiosyncrasies. I ran across a blog called The Russian Bear’s Diaries. He wrote a post called “Ten Profounds Truths About the Japanese Culture.” Let us take a look at some of those truths.

The Japanese have a thing about their toilets. First, there are a lot of them, unlike in major US or Russian cities. They are all free. Most toilets in decent places have seat wormers; some also have built-in bidets, which will wash and spray your bottom at a push of a button. Wasteful? Not at all. Like Europeans, the Japanese figure that if you wash only the certain parts of your body often and on demand, you’re less likely to take many showers a day and conserve water. However, besides the luxurious warm toilets, they also have the squat toilets, if you prefer that. The trick is to figure out in which direction to sit on those, because they are located with your side to the door.

I have tried those squat toilets and let me tell you, they provide quite an interesting experience! I’d prefer to stick with the “modern” ones. Still, the idea that there are toilets plentiful wherever you go is a comforting one, especially if you have a sensitive stomach.