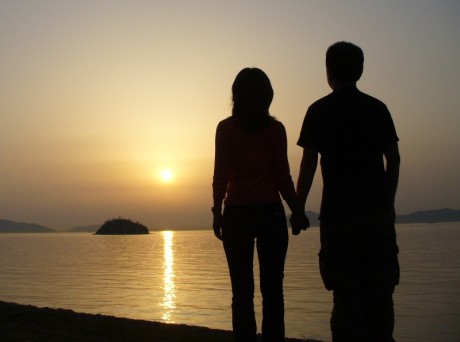 Inter-racial marriage is so commonplace these days. As people travel to other countries, they fall in love with locals and the next thing you know, they’re already set to exchange I do’s.

An international marriage is no longer something to frown about today. Wherever you go, there’s bound to be some married couples of varied nationalities. While some are skeptical about this, this kind of marital relationship actually provides an opportunity for people to learn about another person’s culture on a deeper level.

The Japanese is one race that has embraced inter-racial marriage. A growing number of Japanese men and women living in Japan or those in staying other countries have married people not of their own race.

As with any marital bond or love relationship for that matter, marrying a foreigner takes a lot of adjustment. For a non-Japanese woman in a relationship with a man from the land of the rising sun, it should be to your advantage if you learn about the country’s culture first notably regarding the roles of a husband and wife and what society expects of them.

To work or not to work

In terms of work, it’s the men who normally earn a living in Japan while the wife takes care of the home and their kids. So while sexual equality in employment opportunities has been approved in the country more than a decade ago, not many women have joined the workforce.

It should be a good idea then to discuss with your future hubby your views on this matter and perhaps ask his permission if you’re committed to staying on your job even after your wedding.

When it comes to budgeting, the wife traditionally handles the family’s finances and that means, her husband’s income. Each month, the husband usually turns over his earnings to the wife and he only gets only a certain portion of that for his allowance.

As this is the case, the wife should make it a point to set aside some amount for their family’s savings. And although she’s in charge of the finances, it is also her responsibility to inform the husband how much they have saved so far.

In the area of parenting, it is a tradition in Japan that children become the center of attention of the married couple. The wife is obliged to take care of their kids by herself without getting a babysitter. It is also not the custom of a Japanese to seek the help of a parent or drop off a child at a parent’s house to give him and his wife some free time to have a date night.

This situation can become a challenge as romance dwindles with the couple not having a private time to be together. It has even been observed that once the baby arrives, many couples stop calling each other their real names or their sweet nicknames but would rather refer to each other as mom or dad.