Japan is one of the most attractive destinations for Australians – and other nationalities, for that matter. Japan is the epitome of a developed Asian nation, and with its own particular quirks, the Japanese culture is very easy to fall in love with. Then there is the food and electronics shopping. 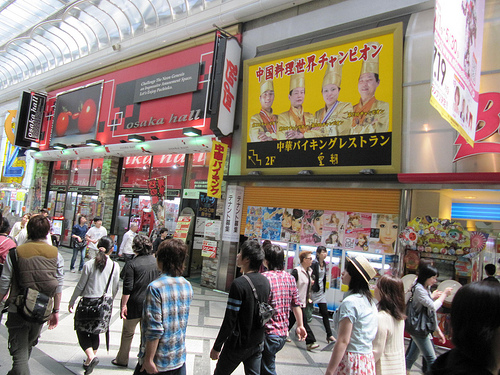 It is no surprise then, that estimates point at more than 200,000 Australians traveling to Japan each year. Even government officials hold Japan in high regard, with (then) Prime Minister Howard saying in 2006 that “Australia has no greater friend in Asia than Japan”.

That being said, Japan is one of the safest places for tourist, no matter what nationality. However, nature does not always back up the intentions of humans, and we know that Japan is particularly prone to earthquakes, which can lead to some safety issues. If you are planning on paying this wonderful Asian country a visit in the near future, do take a look at some essential safety tips.

You may not be used to dealing with earthquakes on a regular basis, but you never know if one might occur while you’re on vacation. This is not to scare you, but being prepared is better than getting caught with your pants down. These tips can save your life in case of an earthquake:

To make sure that you are covered in case an earthquake occurs and something happens to you, it is best that you take out a travel insurance policy before your trip. There are many options for this, with varying coverage. It is highly recommended that you do your research and look for more information before choosing a policy. As they say, better safe than sorry!

Stay away from Deliberate Evacuation Areas

There hasn’t been a major earthquake in recent times, but the earthquake and tsunami of 2011 wreaked havoc in the country, with some issues involving nuclear power plants. The government has been quick to respond and take care of its people, and it has designated Deliberate Evacuation Areas that should be avoided due to the radiation levels. You should be totally safe as long as you stay away from these places. See here for more details.

Petty crime is practically non-existent in Japan, but it is always best to stay sharp. There have been some reports of pickpocketing and spiking of drinks, so you should just keep an eye out as you normally would at home.

BONUS: Last, but not the least, do make it a point to know the contact details of the Australian Embassy in Tokyo – just in case you need them.

Gemma is a serial traveler. Japan is one of her favorite destinations for so many reasons, and she encourages fellow travellers to give it a go.