Geishas have always been held in high regard in traditional Japanese culture, and while what the world may know about them may mainly come from the movie Memoirs of a Geisha, these female entertainers and hostesses are highly trained in a wide array of Japanese arts including classical music, dance, games, and the art of conversation. They were – are – truly one of the symbols of Japanese culture. 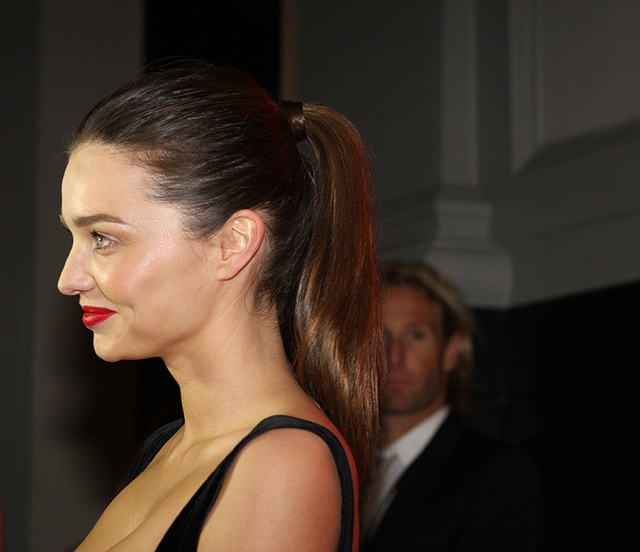 Perhaps that is why the new Vogue Japan cover is making waves.

Australian model Miranda Kerr is the cover girl for the November issue of Japan’s Vogue magazine, and even one who knows her looks may not immediately recognize her as she is dressed and made up as a geisha. The outfit is probably not one would expect, with a feather coat over the kimono, but the huge black bun atop the model’s hair is certainly recognizable as part of the tradition of the geisha.

Miranda Kerr’s Vogue Japan stint does not stop at being a geisha. The photoshoot also shows her in different Japanese outfits, as the model shows off images on Instagram. The image below shows her as a samurai with a topknot. A very sexy and beautiful samurai, this one is.

Another image that the model has shared on Instagram shows her donning a blue dress with ruffles, showing some cleavage – which is not really a huge deal, especially since this particular photo is supposed to emulate a cartoon character. Perhaps anime or manga? (We know that those genres are not particularly conservative.)

In this photo, the model’s hair is styled by Sam McKnight, who pulled it up in a high ponytail. Notice that the ends have been dyed blue to fit the color of the dress. Pretty, yes?

One can’t deny that the ex-spouse of Orlando Bloom (of Legolas fame) looks gorgeous as a geisha and a samurai – that’s what’s Vogue is all about after all, but there are some questions being raised as to whether the fashion magazine should have used a Japanese model instead of a foreign one.

Then again, Japan is known for taking on foreign celebrities to endorse their brands. Believe it or not, Arnold Schwarzenegger has an ad endorsing Nissin cup noodles, which purportedly gives you almost superhuman strength. He’s also done ads for Hop’s beer and Vfuyy energy drink. Then there’s Nicolas Cage (pachinko), Cameron Diaz (Aeon English Schools), Celine Dion, Ewan McGregor, among many others.

So yes, while some might think it strange that an Australian model taking on the personas of traditional Japanese characters is part of Vogue Japan, looking back at the country’s history with foreign celebrities gives perspective.

This particular Vogue edition is special, not only because of the cover model, but also because it is the 15th anniversary issue. The Japanese Vogue team has come together with stylists, make up artists, and renowned photographer Mario Testino to create what may very well be one of the most special and perhaps much talked about – which can go both ways – issues of the iconic magazine.

What do you think of Miranda Kerr’s Vogue Japan’s photos?