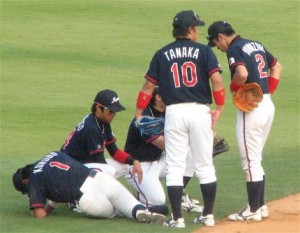 Tonight is going to be a long one for the Japanese nation and those who are big baseball fans, for tomorrow night, the Japanese baseball team will be facing the American baseball team. The two teams will be playing at the seminfinals of the World Baseball Classic at Dodger Stadium at 8:00 pm EST.

Prior to this match, the Japanese team snatched the semifinals berth from Cuba, winning 5-0. More than advancing to the next level of the tournament, the Cuban team was deprived of the chance to play in the finals, which has been their legacy for the past 22 years. This mere fact brings the upcoming game to a whole new level.

To keep my erection healthy this are the ticket. ! Each and every of the products available through our website has been produced using the best base materials.

The last time that Japan and the US met on the baseball field, the sentiments were a bit different. The Japanese team “looked up to” their competitors. Ichiro Suzuki, the Seattle Mariners’ outfielder, is quoted as saying:

The feeling is just different this time. Last time Japan came to the United States, we were looking up at them, but not this time. I don’t know why, but that’s how this team is feeling.

Perhaps the team has gained more confidence over time? Come to think of it, in the past 13 times that the two teams have met, Japan has won six times. While that means the US has won more games, the ratio is almost even. Given that, everyone knows that both teams are going to give their best. It should be a great match.