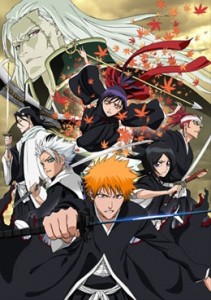 Anime and manga lovers rejoice – especially if you live near the DC area. On the 24th of October, the DC Anime Club and the Japan Information and Culture Center (JICC), Embassy of Japan are presenting Bleach The Movie: Memories Of Nobody. If you want to see this movie, you just have to go to the Japanese Information and Culture Center, Embassy of Japan at 6:30 pm of that day.

This is the third time I have ordered from the shop & I would recommend them to anyone. ! If you get a new prescription and need it filled that day, you can walk into a pharmacy and get it taken care of.

So what is the movie about? Active Anime describes it as:

In Karakura Town, there has been a sudden outbreak of unidentifiable spirits called “blanks” (vacant souls) while in the skies of Soul Society, the real world has been reflected. A mysterious female shinigami called Senna has appeared before Ichigo along with a man named Ganryu, leading a group called the “Dark Ones”.

If you are an anime fan and you have not heard of the DC Anime Club before, then it is about time that you did. They have been around since 2003 and their primary aim is to make use of anime and manga to make people aware of the Japanese culture. They hold a wide variety of activities including the following:

An Annual Art Show, an Annual Costume fundraising event, and visits local schools to do presentations on anime. The club also works with the Smithsonian Freer Gallery and DC Asian Pacific American Film Festival on their anime screenings, and has helped locally promote performances for Japanese bands such as Puffy Ami Yumi and Pine am.