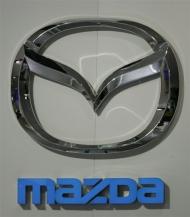 Car lovers – this news will certainly make your day. Mazda Motor Corp., one of the biggest car manufacturers in Japan, has announced that they will be launching a new diesel engine that will be more fuel efficient. Though the engine is not set to be released till next year, and only in Europe initially at that, excitement is already running through the minds of a lot of people. AFP reports:

The technology allows the engine to burn off soot from exhaust fumes some 60 percent faster than traditional diesel engines, the Hiroshima-based company said in a statement.

Though I am not in Europe, I know that sooner or later this engine will be released worldwide. More so, as the AFP report says, other car manufacturers are set on developing and releasing their own version of clean diesel engines. This will certainly set the trend for the global market, bringing more options to the consumers.

With the ever rising fuel prices all over the world, news like this is very much appreciated by motorists. I was just away on a short weekend trip and I was amazed at how much I had to pay for the diesel! Considering that diesel is cheaper than gas, then that says a lot. And, looking at the effects on the environment of a clean diesel engine, this development means so much more.