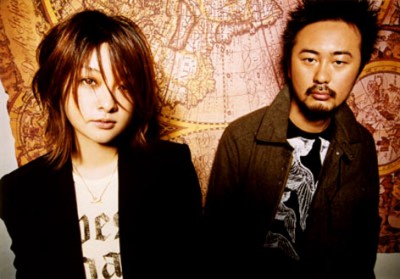 Do as Infinity (often shortened to DAI) is composed of three members: Tomiko Van in vocals and lyrics, Ryo Otawari on guitar and vocals, and Dai Nagao as composer and guitars. Nagao had composed songs for J-music artists like Ayumi Hamazaki and Hitomi before getting the chance to form his own band under AVEX Records. In 1999 they released their first single Tangerine Dream, and their live performances in different locations in Shibuya were well-received. From then on they had a remarkable streak of street concerts that culminated to a free concert for fans in Shibuya Kokaido. After the release of their fourth single Yesterday and Today, their first album Break of Dawn debuted #3 in the Oricon album charts. It was followed by a string of popular singles, five more albums, several compilation albums and performance dvds. A few notable songs are Summer Days, probably their most well-known English song, and Mahou no kotoba ~Would You Marry Me?, released in 2003, became one of the most played songs during weddings. Three other singles, Fukai Mori (Deep Forest), Rakuen (Paradise), and Shinjitsu no Uta (True Song), were used as ending themes for the Japanese anime InuYasha. Only one other band, Every Little Thing, has the same record. One of their last singles, TAO, was used as the theme for NAMCO’s RPG Tales of Legendia.

The band announced their separation on September 2005 after a successful six-year career. Tomiko Van went on to become a solo artist, and her second single Senkou is scheduled for release on September 27. Ryo is now focused on his band Mission Innovation, while Dai still composes music for other artists.