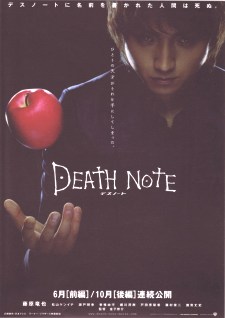 Hollywood movies have gone the way of comic adaptations with last summer’s Superman Returns and X-men: the Last Stand. A similar trend of comic to live-action movie adaptations is occurring in Japan. A few years ago most of these screen adaptations were animated, because it was difficult to portray the story’s setting and action sequences realistically. But with improvements in computer graphics technology, combined with superb makeup techniques and careful casting, even the depictions of a grotesque death god hovering by a live actor (just as in this year’s release Death Note) is possible.

Japanese manga offers readers a varied set of worlds and storylines. Audiences can relate to the conflicted, emotionally-charged relationships that predominates shoujo, or girls’ comics, and be intrigued with shounen manga’s daring concepts of the world and humanity’s role in it. Manga adaptations are aimed to the same demographics as the original series. This year has already seen the release of movies based on Saishu heiki kanojo (often shortened to SaiKano), Hachimitsu to Kuroba (Honey and Clover), Prince of Tennis, Death Note and Nana. The last two movies are special, because they were made in two parts, and their concluding movies are to be released in the last quarter of this year.

Mushishi, adapted by Akira animator Katsuhiro Otomo from a manga of the same name, was previewed in the recently concluded Venice Film Festival. The trend doesn’t seem to be ending anytime soon, as Dororo, by the legendary Osamu Tezuka, is already slated for a January 2007 release. Manga is now licensed abroad and read internationally, and interest in these live-action adaptations are sure to grow.