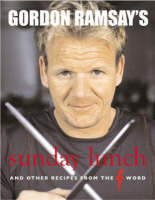 I like Japanese food a lot – who doesn’t? Now I haven’t had much experience with British food but I do believe they have some quite interesting dishes. So what better fusion than British and Japanese food?

For those who are interested in this kind of fusion, you are in luck. On the 19th of this month, world renowned chef Gordon Ramsay is going to hold a gala dinner at a restaurant in Tokyo. Named Gordon Ramsay at the Conrad Tokyo, the restaurant is actually co-owned by the chef himself. It opened in 2005 and is Ramsay’s first Japanese restaurant.

The gala dinner is going to be served from 7 pm to 10 pm on the 19th and is purported to have a total of 7 courses. The whole meal is going to be prepared personally by Ramsay and will cost 35,000 yen per person!

Where to go? The restaurant is conveniently located on the 28th floor of the Conrad Hotel in Tokyo, which is housed in the Shiodome Building.