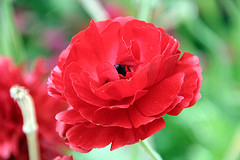 On May 11 of this year, many countries around the world celebrated Mother’s Day. This celebration is something that spans cultures and races all over the world. In Japan, it is known as haha no hi. Though Mother’s Day originates from the ancient Roman and Greek civilizations, it was not till after World War II that it was introduced to Japan.

We all have our own ways of celebrating Mother’s Day and giving honor to the woman who gave us our lives. How do they do it in Japan? Ever since the practice was introduced in the country, the custom was for people to give carnations to mothers. Though some people prefer to give white carnations, as they are thought to symbolize the virtues of , the color red is preferred in Japan. Of course, many people give other kinds of flowers during this day as well. One thing that is not too common during Mother’s Day is to give cards to mothers, though this is quite an acceptable practice as well.

Another practice for Mother’s Day is for children between the ages of 6 and 14 to enter art contests with their mothers as the subjects of their works of art. This is another way of honoring their mothers. More often than not, an exhibit of these drawings is displayed from one country to another in order to showcase the talent of the children and to give more honor to their mothers.