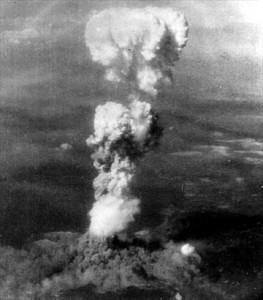 The younger generation may not remember Hiroshima and what occurred there decades ago but those of us who are old enough to remember would know the significance of this place. On the 6th of August 63 years ago, this southwestern Japanese city was bombed by the United States. The atomic bomb brought on a disaster that lasted for many years after.

Today, Japanese Prime Minister Yasuo Fukuda attended a memorial ceremony to remember those that perished and suffered due to the bombing. Though it has been more than half a century since then, we cannot afford to forget what happened. It is a lesson that all people of the world should learn.

As such, Hiroshima mayor Tadatoshi Akiba is calling for the support of the United States on a proposed ban on nuclear weapons. According to the Associated Press:

Hiroshima’s mayor on Wednesday urged the next U.S. president to support a proposed ban on nuclear weapons, as Japan marked the 63rd anniversary of the atomic blast that obliterated this city and killed 140,000 people.

In a ceremony, Hiroshima Mayor Tadatoshi Akiba also announced the launch of a two-year study to gauge the psychological toll of the Aug. 6, 1945, attack in the closing days of World War II.
Japan submitted a resolution in the U.N. last year calling for the abolition of nuclear weapons. Akiba said that 170 nations supported the resolution, while the U.S. was one of only three countries to oppose it.

“We can only hope that the U.S. president elected this November will listen conscientiously to the majority,” Akiba told a crowd of 45,000 gathered beneath at the spot where the bomb detonated.
A moment of silence was observed at 8:15 a.m., the time of the blast. An estimated 140,000 people were killed instantly or died within a few months after the bombing. Japan’s official death toll of nearly 260,000 includes injured who have died in the decades since.

Regrets have been expressed. Ideologies have changed. Hopefully, something like this would never happen again.