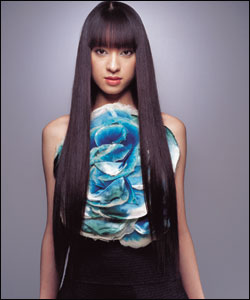 The biggest controversy in Hong Kong today are the emergence of very racy photos that involve some of HK’s top stars. The photos involve Edison Chen and some of his former girlfriends, which include superstars Cecilia Cheung and Gillian Chung.

According to reports, the photos were taken from Chen’s laptop when he had it repaired. Apparently, he forgot to remove the incriminating photographs and the technician stole it from his laptop. It has now been released to the public and is creating such an uproar there because it involves so many stars. Stars Bobo Chan, Joline Tsai and even Maggie Q are said to be included in the 1300 pictures stolen from Chen.

But the scandal threatens to spill over to Japan because there are rumors that there are some pictures that also include Japanese star Chiaki Kuriyama, who was also rumored to have been involved with Chen. The pictures are now available on the internet and time will tell if Kuriyama is indeed included in these photos.