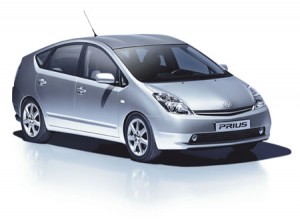 Japan has always been at the cutting edge of technology, and the Japanese have always had first dibs on the best technology there is. From video gaming consoles to computers to cars – they have it all. Speaking of cars, it seems that hybrids are fast becoming an obsession for trendy Japanese nationals.

The New York Times ran a report on how practically everyone in Japan has one thing in mind right now when it comes to cars: get a Prius. You would have thought that everyone in Japan would have a Prius by now, wouldn’t you? Apparently, in spite of the fact that hybrids have been out for several years now, it wasn’t until recently that they got the attention of the Japanese market. One reason could be that gas vehicles with excellent mileage were more readily available.

These days, however, more hybrid models have been rolled out of production. Of course, increasing gas prices also have something to do with this.

Then again, a big question hangs in the air: is this surge in interest in hybrids a result of real interest or just a short term trend due to the gas prices?

Japanese automakers say that this is for the long run. Perhaps they are right. After all, the Japanese culture taps very strongly into values such as conservation, and using hybrids is very much part of that. More so, the prices of hybrid cars are much lower than before.

I’m willing to bet that in the next few years, hybrids will be outnumbering gas vehicles on Japanese roads.