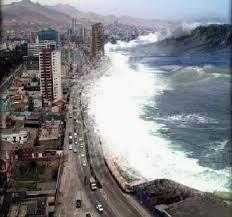 The Rehabilitation Program of Japan in connection with the last destructive tsunami that hit it is now in its Recovery Phase.  This rehabilitation phase would more or less focus on community development, disaster preparedness, and livelihood recovery.  For many, life went on a few months after the tragedy struck but to some, the present time is just the start towards recovery.

The history between  Japan and the tsunami is quite long-existing.  Apparently,Japan cannot do much about the tsunami except to prepare always for the worst to minimize loss of lives and property. Japan’s location in the Pacific Ring of Fire, which is the world’s most active earthquake belt, makes it an easy target for the wrath of a tsunami.

The effects of the 8.9 magnitude earthquake showed just how dangerous Japan’s geographical position is in terms of this natural disaster.  This earthquake is the strongest quake on record in the area of Japan. It caused such as disturbance in the seafloor to spawn the series of massive waves that attacked Japan.

A tsunami is a natural phenomenon that rarely happens but Japan is a frequent and constant target of this rare occurrence.  There is still no exact science to determine when and where a tsunami will strike.  The best that scientists can offer are estimates.  Although, it is possible to determine when a tsunami will struck after a major earthquake, there is usually little time left to do something about it.  The people of Japan do not have much time after the tsunami warning is heard.  Most of those who survived stand to go through the same experience in their lifetime not because of any bad luck but because of the country’s very location.  The Japanese’s fall and rise in every tsunami is a tribute to their resilience.