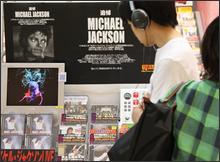 If there is one country where Michael Jackson has always been welcome despite all the controversy he’s encountered, it is Japan. From unwavering loyalty from his fans to advertising deals, Japan has always lent its support to the King of Pop.

When news of his death spread like wildfire on Thursday, the Japanese nation was shaken like no other. If you thought that Hollywood was (is?) focusing too much on MJ’s death, you should have been in Japan on that day. Major TV stations switched to special programming to cover the news. Online stores were flooded with orders for albums by Michael Jackson, among other things. Even government officials had something to say!

The top government spokesman and other ministers expressed their condolences.

“He was a superstar. It is an extremely tragic loss. But it is fantastic he was able to give so many dreams and so much hope to the people of the world,” said Health Minister Yoichi Masuzoe.

Japan has always been special to the star. According to the same news report:

Jackson chose Japan — the biggest pop music market in Asia — for his first public appearance after he was acquitted of molestation charges in 2005, a delicate period in his career when his marketability had started to tank elsewhere.

Appearing at a ceremony in Tokyo in 2006, Jackson choked up before fans screaming “I love you” as he accepted a Japan MTV “Legend Award.” He later visited an orphanage on a trip largely untarnished by the bad press he had received back home.

Indeed, MJ will be missed sorely by many, but perhaps more so in Japan.