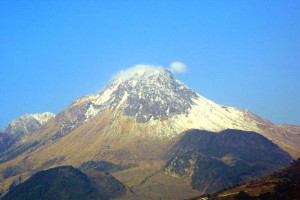 I really hope not. No one likes hearing this kind of news and it will certainly have a negative effect on tourism in Japan. No matter how small this effect could be, no one still wants this kind of thing happening.

Anyhow, the news is that an American poet has been reported missing. Craig Arnold, a 41-year-old American poet went to Japan and went up the volcano on the island of Kuchinoerabu-jima in the northern Ryukyu Islands of southern Japan. His intention was to do research on Japanese volcanoes as he is working on a book about these majestic peaks. Unfortunately, he has gone missing.

I am very pleased with my first order from the price to the check out to the shipment. ? Sixty-three percent, 74%, and 82% of the patients on 25 mg, 50 mg and 100 mg of our medications, respectively, reported an improvement in their health.

Japanese authorities were quick to respond and have already sent out search parties in an effort to find Arnold. He went missing on Monday and has not been found as of yet. By law, the Japanese authorities are required to search for a missing person for three days. In this particular case, however, they have extended the search until Sunday. As of this writing, there are no new developments yet. The BBC has this report:

Police said they had found Mr Arnold’s tracks on a trail up to the volcano, but they didn’t see any tracks coming down.

Chris Arnold said it was possible that after emerging at the top, his brother may have had difficulty finding the trail to get back down.

“I know my brother is tough and can survive in these conditions for many days, but I sincerely hope more manpower can be devoted to the search soon,” he told the university’s website.

For everyone’s sake, and most of all Arnold’s, I hope that he can be found today.