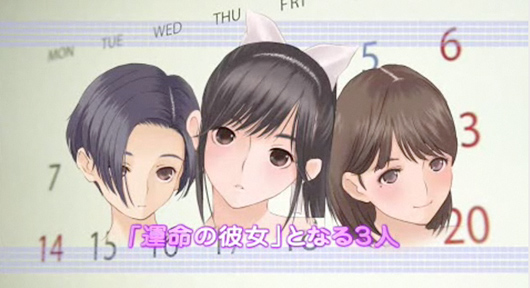 Just the other week, some colleagues and I were discussing a woman who supposedly married the Eiffel Tower. Naturally, we were all bewildered by the whole thing. We just couldn’t fathom how a person could marry an inanimate object!

So when I read about a Japanese man marrying a video game character, I was not all that puzzled. In a news report published by Reuters, I learned about SAL9000 – that’s the Japanese guy’s online moniker – marrying Nene Anegasaki, a character in the video game Love Plus.

I am not familiar with the video game, but from what I have been reading (and based on the name as well!), it is a dating simulation game.

SAL9000 says he is an “otaku,” which is the Japanese term for young adults who have an extreme passion (or even obsession) with video games and fantasy. I think it is also being considered as a sub-culture, and in their own world, it is acceptable to call characters their “wives.” SAL9000 says that since he has been calling and thinking of Nene Anegasaki as his “wife,” the logical thing to do was to marry her!

The couple exchanged “I do’s” several weeks ago, and they spent their honeymoon abroad – in Guam. They have been traveling the famous city of Tokyo as a couple, with SAL9000 documenting their dates diligently. As for the new husband, he says his wife can rest assured that he will never cheat. Ahh, where have I heard that before?