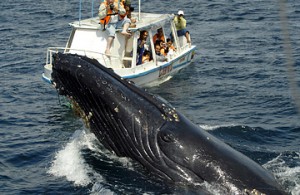 The Japanese tradition of hunting whales commercially and all the controversy surrounding it is nothing new. Indeed, the friction between the Japanese whaling industry and activists who stand up for the whales has been going on for decades. Recently, the two parties clashed in another incident.

According to reports, a group of anti-whaling activists “attacked” a Japanese whaling ship in the Antarctic Ocean. The group supposedly threw butyric acid at the ship. They also fired paintball guns at the ship. In response, the ship used water cannons on them. By the way, butyric acid is a substance found in rotten food and vomit. You can just imagine how disgusting that is!

This is not the first time that anti-whaling activists and Japanese whalers have clashed physically. Indeed, this might just be tamer than other incidents.

The Institute of Cetacean Research, Japan’s government agency that is in charge of whaling, says that the group behind the attack is the Sea Shepherd Conservation Society. These two parties have had a longstanding feud. According to the agency, the protesters endangered the lives of the crew of the whaling ship. It emphasized that those present in the ship were mainly researchers conducting studies legally. In international waters, whaling is permitted as long as the purpose is for research and not commercial.

There is no word as to what will happen as a result of this incident. The fact remains, however, that whaling is still a very sensitive issue for those involved.