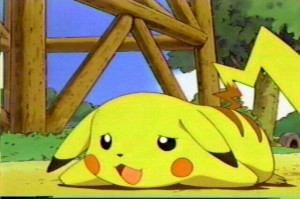 Disclaimer: For those who are averse to cuteness or anything related to it, I suggest NOT reading this post. Then again, the Japanese concept of cuteness is quite interesting so you might as well go ahead and read about it. 😉

So, what is kawaii all about? It is the idea of being cute in all respects – from pop culture to entertainment to clothes to accessories. Even the big businesses in Japan make use of the concept of kawaii. It is actually a bit hard to exactly explain it but let me give you examples, which will concretize the idea.

They do have a propensity for mascots, don’t they? Anyhow, if you ask the Japanese what they think of kawaii, you might get various reactions. A good majority, however, will tell you that it stems from the inherent peaceful and calm nature of the Japanese culture. There are some skeptics, however, who think that it is a mentality that makes for non-assertiveness.

Whichever way they think, it cannot be denied that the concept of kawaii has spread to other countries and is in fact one of the most intriguing things about the Japanese culture.