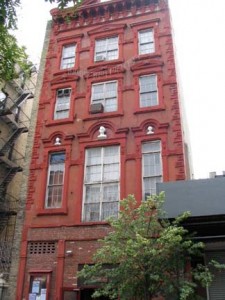 For many people, Manhattan is the center of many world cultures and who am I to dispute that? Different places mean different things to different people. Anyhow, if you are interested in the Japanese culture and you are in the vicinity of Manhattan, you might want to pay the La MaMa Experimental Theater Club a visit anytime between October 23 and November 2 of this year.

They will be featuring “The Doll Sisters,” a legendary masterpiece that combines the use of puppets and a variety of Japanese performance styles. Expect to experience both ancient and contemporary performance styles as you watch the production.

Together with Atelier Asakura, La MaMa is holding the production in celebration of the 20th anniversary of the Praemium Imperiale (Takamatsu no Miya Memorial World Cultural Award). This award is meant specifically for outstanding artists and has been in existence since 1989, at the orders of the Japanese Emperor. This award is so prestigious that it has been likened to the Nobel Prize for art.

This is not the first time that the production has been held at La MaMa. In October of 1978, Setsu Asakura directed a version of “The Doll Sisters.” Though it ran for only 5 days, the production became a hit and has since then been regarded as one of the best cultural productions.

What is the production about? News Blaze reports:

In “The Doll Sisters,” two sisters are paralleled by a doll character, who are revealed finally to be the two natures of the single woman. The younger, more passionate sister is obsessed with finding a man to love her; her older, more reserved sister is obsessed with the man who abandoned her. On the modern psychological level, the play explores opposing qualities, both innate and acquired, of being female. It has strongly feminist tones.