When autumn comes, the changing colors of the leaves of trees are what many people eagerly await. While spring  may be the time when colorful flowers are abloom, autumn boasts of its own color tones mostly orange, yellow and red. The koyo, or colorful leaves of autumn, are the equivalent of spring’s cherry blossoms. 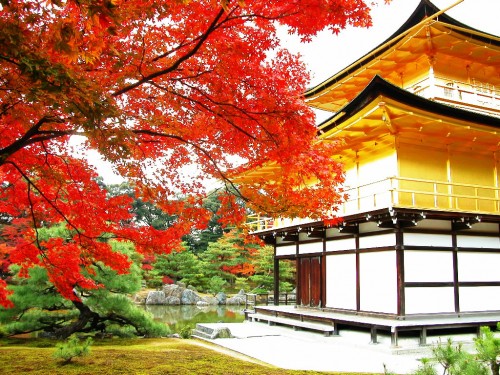 Did you know that leaf watching during the latter part of the year is a popular activity in Japan? This has been going on for many long years and today, the tradition continues in many koyo spots that attract numerous tourists.

It is normally in mid September when the so-called koyo front begin moving southwards starting from the Hokkaido in the north up to the central and southern parts of Japan by the latter part of November. By early December, though, there are still some trees particularly in Tokyo and Kyoto that display their beautiful colors.

During the early part of autumn, the colorful leaves can be found in the mountains. While hiking is the best way to reach the place and see them up close, other means of getting there are by train, bus or ropeway.

By the second phase of the season, these leaves can already be seen in the cities. The parks and gardens are the best places to view them.

Recommended sites are Kyoto’s temple gardens where the beautiful leaves blend perfectly with the elegant architecture in place. 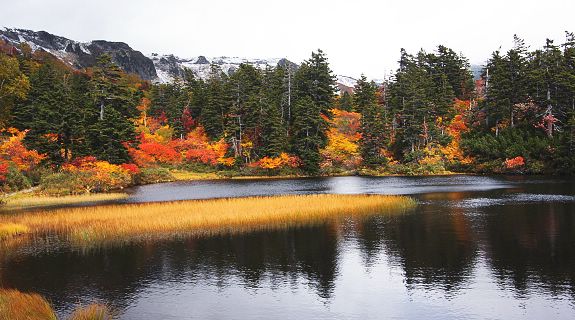 In Hokkaido, there are several parks where people can enjoy the colors of autumn. The Daisetsuzan National Park is usually the first place to display autumn colors in the entire Japan in mid September.

By October, the best spots to go to for leaves watching is the Shiretoko national park. Other areas where the trees show their beautiful colors are in Noboribetsu and Onuma park. 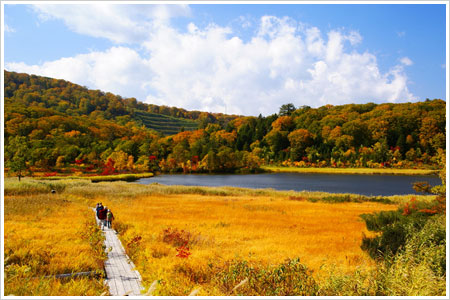 In the Tohoku area, some of the most vibrant autumn colors can be found in the Hachimantai mountains normally during the entire month of October.

From late October to early November, recommended sites are the Lake Towada and Oirase stream as well as Naruko Gorge. For those who love hiking, the Urabandai area is strongly recommended. 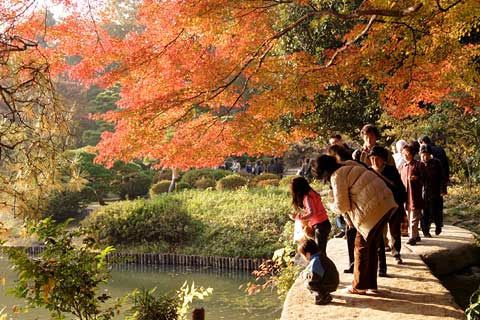 Those who don’t want to go further from the city, there are also great spots to visit in the capital of Tokyo. Rikugien has one of the country’s loveliest landscape gardens together with Koishikawa Korakuen and they’re best visited by late November to early December.

Other places worth exploring during the autumn season are the Icho Namiki also known as the Ginkgo Avenue and Mount Takao.