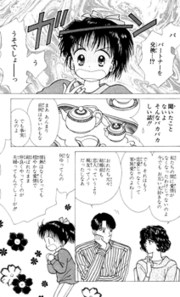 Japan has become the world leader in comics. Japanese manga, as comics are called here, have been publicized the world over on television and in newspapers and the most popular works have been introduced abroad both through legal and pirate translations. But despite these efforts, they remain insufficient for foreign audiences wishing to acquire a comprehensive understanding of the genre. Here’s an overview of the basics of Manga.

The manga industry in Japan is of such a massive scale as to completely overshadow the industries of the two other great comic-producing nations, the United States and France.

There are a great number of magazines in Japan devoted exclusively to manga but it is difficult to give an exact accounting of their number given that it is not at all uncommon for smaller publishing houses to bring out one new magazine after another under different titles. The core of the manga publishing industry consists of some 13 weekly manga magazines published by the major publishers alone, along with 10 biweeklies, and approximately twenty influential monthlies. At any given time there are at least ten magazines which boast over one million copies of each issue. At most there is one non-manga magazine in Japan which can claim a readership of over one million.

Yearly throughout the 1990’s have been in the neighborhood of 600 billion yen, including 350 billion in magazine sales and 250 billion in paperbacks. These figures do no not include sales of manga appearng in general magazines and newspapers. The total sales of published material in Japan (including magazines and books but excluding newspapers) is two trillion five-hundred billion yen, of which manga sales account for nearly one quarter. Given a total Japanese population of 120 million, we can calculate that the average Japanese spends approximately 2,000 yen per year on manga in one form or another.

The three largest publishing houses producing manga are Kodansha, Shogakkan, and Shueisha. In addition there are some ten odd publishing firms which come in at a close second, including Akita Shoten, Futabasha, Shonen Gahosha, Hakusensha, Nihon Bungeisha, and Kobunsha. This is not even to mention the countless other small-scale publishing firms. The larger publishers mentioned above also publish magazines and books in areas outside of manga.

It is estimated that there are around 3000 professional manga artists in Japan. All of these individuals have published at least one volume of manga, but most of them make their living as assistants to famous manga artists or have some other supplementary source of income. Only 300 of these, or ten percent of the total, are able to make an above-average living from manga alone. In addition, there are also a great number of amateur manga artists who produce small magazines intended for private circulation, called dojinshi.