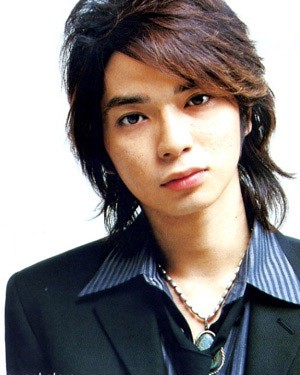 Matsumoto Jun is probably the most recognizable member of Arashi, a Johnny’s Entertainment boy group. What sets him apart from , he can not only sing and dance, he acts too. Not only was he the quiet and confident Sawada Shin in the live action remake of Gokusen, he will be reprising his role as Domyouji Tsukasa in the second season of the Hana Yori Dango drama which is currently in the works. His acting for both roles have made him popular and win recognition from the Television Drama Academy Awards. This is a quarterly list that the magazine Television compiles of the best performances on dramas showing in a season.

Jun began his career in 1996 at the age of thirteen, whn he underwent training for his media career. Three years after he debuted with Sakurai Sho, Aiba Masaki, Ninomiya Kazunari, and Ohno as part of Arashi in Honolulu, Hawaii. It was his boyish charm that got fans flocking to his side, but it is his undeniable talent that keeps them entertained. Fondly called Matsujun by his fans, he is called King by the rest of Arashi. Besides television dramas, he has also acted on the big screen in Tokyo Tower (2004), a movie that featured him in a more revealing and sexier light. He has also taken to the stage, recently acting in Byakuya no Onna Kishi (Valkyrie). You can catch him regularly on Utawara Hot Hit 10, which he hosts with Matsuura Aya. He has also been hosting Arashi Jun Style on the radio since 2002. Matsujun will have a movie entitled Kiiroi Namida with the rest of Arashi for 2007, and no doubt next year he’ll have an even busier as his star continues to shine brighter.