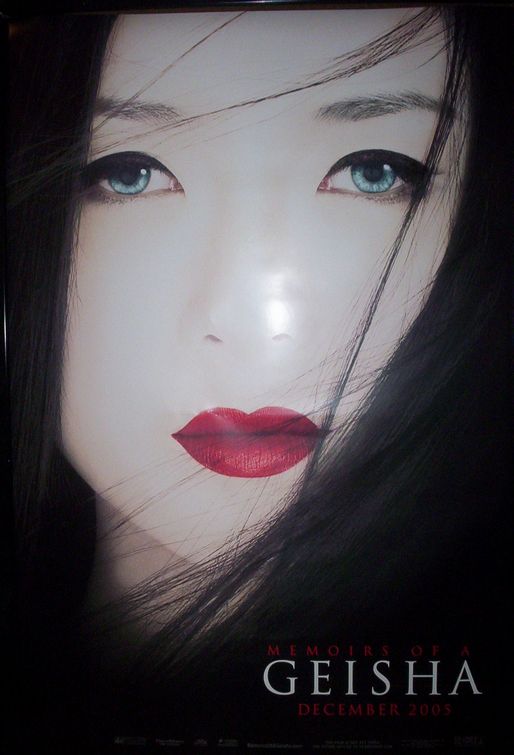 “To be a geisha is to be a moving work of art.” This is the statement made by Mameha in the celebrated epic drama entitled, Memoirs of a Geisha. This line best captivates the essence of a true geisha. A geisha, as defined in the movie sings beautiful songs, dances gracefully, engages her clients in a good conversation and serves them with tea or sake wine. The movie presents two opposite sides of a geisha – one that acts in accordance to the tradition and another who does things differently.

The movie, Memoirs of a Geisha, unfolds the story of a nine-year-old girl named Chiyo, who was taken away form her family along with her sister to become a Geisha. She was separated from her sister and was sold to an old woman who takes on girls and turns them into geishas later on. From that time on, she had an unhappy childhood for she was made to suffer and do things that children at her age would not normally do. She initially worked as a slave with another girl who also lives in the same house. She had to endure the cruel beatings made by the lady of the house complicated by the scheming geisha, Hatsumomo who lives with them.

In spite of all the hardships, Chiyo managed to blossom into an elegant and fine woman with a flourishing career as a geisha. Becoming one of the most famous and sought-after geisha of her time in Kyoto, Japan would not be possible without the help of her mentor Mameha. It was Mameha, a geisha herself who taught her everything she need to know about being a practitioner of the art. When Chiyo was ready to become a full pledged geisha, Mameha changed her name to Sayuri to mark the girl’s transition.

Sayuri’s life as a geisha was not at all smooth sailing. Hatsumomo, her most treacherous rival was always watching her and waited eagerly for her to commit the slightest mistake in front of her clients. Hatsumomo was older and more experienced than Sayuri but the former despises the latter ever since Sayuri entered the geisha house. Sayuri also had to tolerate the advances made by her older clients. War added more suffering to Sayuri for it is when she had to stop performing the duties of a geisha and to be separated from the man she loves. Later on, she was convinced to go back to practice thinking that it would save her life and bring her back to her true love.

The much talked about film stars Ziyi Zhang of the equally famed movie, Crouching Tiger Hidden Dragon, in the controversial character of Sayuri. Michelle Yeoh, (also from Crouching Tiger Hidden Dragon) plays Mameha. Gong Li takes on the role of Hatsumomo. Ken Watanabe performs as the Chairman, the character who motivated Sayuri to go back to training and become a successful geisha in the future. He is also the one man who captured her heart.

The film depicts women’s struggle to achieve freedom. They wanted to free themselves from the boundaries set by tradition. It is very unfortunate that some of them have ruined themselves in the process. Their fate is at the mercy of men who have the power to change their life forever at the snap of their fingers.

How the film, Memoirs of a Geisha, ends is left for the readers to discover. If you take our advice, read Arthur Golden’s bestselling book before you see the film!