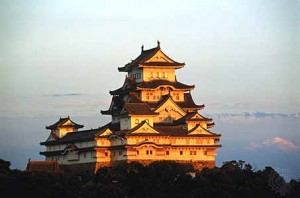 To have a place designated as a World Heritage Site is not a minor thing. And before a place can have that honor, a lot of steps have to be followed. It is common knowledge that Japan already has a lot of locations which are considered as World Heritage Sites but as a testament to the richness of their culture, the government has proposed another 5 sites.

MCOT has this report:

The Japanese government has picked five more places as candidates for cultural heritage sites to be registered on the World Heritage list by UNESCO, bringing the number of such candidates to 13, the Cultural Affairs Agency said Friday.

Among the five is Niigata Prefecture’s Sado Island in the Sea of Japan that is known for having had one of the world’s largest gold and silver mines during the Edo period in the 17th to 19th centuries.

The four others include a group of historic monuments in Hokkaido and the northern Tohoku region in the prehistoric Jomon period which includes the Sannai Maruyama settlement site in Aomori Prefecture, and the Mozu-Furuichi group of mausoleums in Osaka Prefecture, which includes one of the world’s largest keyhole-shaped tomb mounds.

The remaining two are a group of industrial modernization sites in Kyushu and Yamaguchi Prefecture, and Okinoshima Island in Fukuoka Prefecture, which served as a key transit point for trade between Japan and the Chinese continent in the 4th to 10th centuries.

The five candidates were picked out of the 32 places recommended by local governments across the country, agency officials said.

Can you imagine that? Thirty two more sites! It is no wonder that Japan is such a popular tourist destination.