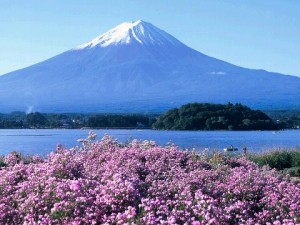 Acts of charity are always considered news worthy and this item is no different. A young British adventurer is planning a considerable feat that would benefit charity. He plans to skate down Mt. Fuji with the aim of helping The Foundation for the Study of Infant Deaths.

Mt. Fuji, as you might already know, is the most popular peak in Japan. It is visited by countless tourists from all over the world as well as the locals. Year in and year out, people come in droves to experience this majestic mountain for themselves. James Langridge, however, is not only coming for his own sake.

Langridge arrives with the aim of skateboarding down Mt Fuji for charity. This will be his first trip to Japan, so his knowledge of the mountain is limited to online articles, images from Google Earth and advice from people who have visited.

Langridge plans to get an early start, and he’s been assembling a team that’s randomly come together since he first put word out. “Some of the Outdoor Japan people [who took part in the first descent] have said they might join me. A few people have also contacted me over the internet expressing interest — one from Hawaii, one from Baltimore, and one from Sweden,” he says. “People can contact me by email if they want to join in.”

I admire this guy’s sense of adventure as well as intent. I hope that he succeeds!