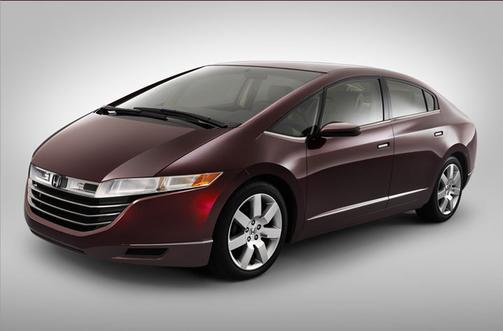 Hats off to Honda for taking concrete steps towards environment-friendly cars. We all know, in theory, how cars of this kind can contribute a great deal to the preservation of the environment. The problem is that some sectors want nothing else but to keep status quo. Perhaps a corollary of this fact is that environment-friendly vehicles currently cost way much more than the conventional combustion engine cars.

It is thus good news that such a big name in the automotive industry seems committed to producing vehicles that are good for the environment and, hopefully, not too heavy on the pockets in the future. Japan Today gives a report on the newest hydrogen powered car from Honda:

Honda’s new hydrogen-powered vehicle, set for leasing within a few months, radically reduced the sizes of its fuel cell and motor for a superclean car with the same interior space as a regular car, engineers said Tuesday.

That’s a vast improvement from the company’s first such model introduced nearly a decade ago. The fuel cell was so bulky that the car could barely seat one person—and crept along at a snail’s pace.

“This is the ultimate in cars,” said Sachito Fujimoto, a head engineer at Honda who oversaw the new fuel cell’s development.

The garnet-colored, low-slung sporty sedan is set for leasing in California this summer at $600 a month, and in Japan this fall at a yet undisclosed price. Clarity is an improvement on Honda’s current fuel-cell vehicle, available for leasing in Japan and the U.S. starting in late 2002.

Sounds good to me.