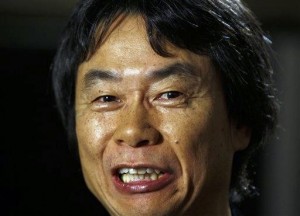 I have long been a fan of video games and gaming consoles, and I strongly believe in the potential of these as tools to promote learning. While there are a LOT of people who will disagree with this idea, one of the most influential and most creative minds in the world of video games has made it his mission to incorporate Nintendo handheld consoles into the classroom.

Shigeru Miyamoto, the man behind Mario (the most recognizable video game to date – arguably, perhaps) says that he is devoting himself to this massive project. CBS reports:

Speaking through a translator, Miyamoto said that Nintendo’s DS console was already being used in Japanese museums, galleries, and aquariums, and that his company was beginning to roll out the Nintendo DS system “in junior high and elementary schools in Japan starting in the new school year.”

He framed the project as part of his company’s effort to broaden the audience for gaming consoles.

I think that it is but fitting that Japan, once again, take the lead in this kind of revolution. After all, they have always been at the head of the pack when it comes to new video games and gaming hardware. Why shouldn’t they be the first one to inject the use of video games in education? We cannot deny that technology has become so much more attractive to the young people of this day. With more modern tools, the whole learning experience can become much more effective. I look forward to the day that other countries will adopt this way of thinking.