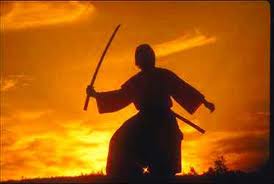 Samurai refers to the warrior class which existed during pre-industrial Japan.  This group is composed of men who serve the nobility in close attendance.  In time, it became synonymous to the upper class echelons of warrior.  There are four main things that differentiate a samurai from the other warriors.  These are skill, having a daimyo or master, membership in the elite class, and living by the warrior code known as Bushido.

Bushido is the main thing that differentiates a samurai.  It is the code of ethics by which a samurai lives and dies.  There are people who see in this code a certain contradiction as it contains principles that do not seem to agree such as “obedience to authority” and ” duty first even in violation of law”.  Even then, a samurai is expected to find his way when the situation calls for it.  Translated to the “Path of the Warrior” , the code emphasized loyalty to master and death rather than dishonor.

Being a samurai goes beyond wearing armors, wielding swords, and enjoying prestige.  In fact, it is more about mental bearing rather than physical skill. Even if the Samurai warrior existed a long time ago, there is a way that Samurai ethics can be practiced in modern times.

A samurai warrior trains hard to master his skills.  Before, it was the mastery of combat skills while present times require mastery in more current skills. This is still true to day since it would be difficult to attain expertise and mastery without proper training.  Training may take years but it is part of the true way of a warrior.  Even in the  absence of war, the Samurai way provides important lessons in hard work and patience.

A samurai warrior keeps his integrity.  Death was considered desirable than dishonor.  Integrity is probably the most difficult to maintain in the highly materialistic environment of the world today.

A samurai warrior never lets his sword rule.  The weapon was considered a means to achieve a noble cause.  Authority is not established by threats nor weapons but rather by the strength of spirit that others will see and recognize.

A samurai warrior commits to his purpose.  In the olden times, the purpose was to serve a master.  Today, the purpose can be any goal that requires full commitment to be achieved.  This commitment is required in the face of extreme challenges and obstacles.  The will to serve however, remains.

Teresa is a researcher-writer who covers a wide range of topics in search of useful information.
Image: angelfire.com