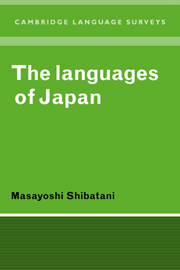 Language is an integral part of culture and Japan is a country rich with culture. Compared to other countries though Japan suffers from the degradation of a significant number of its indigenous languages. Of the 16 living languages in Japan today eight have 10,000 or less speakers each with three of those having less than a thousand speakers. The three languages are the Ainu (15 speakers), Yonaguni (800 speakers), and Yoron (950 speakers).

Endangered and with one nearly extinct the death of these languages do not represent just the death of the language itself but the death of an entire sub-culture. As Japan strove to unite the nation and become a force to be reckoned with some sacrifices were made. With standard Japanese used everywhere and for everything the more ancient languages are losing relevance and dying out. While it is good to be able to communicate in one language the older languages should be fought for and preserved. As Japan faces a brighter future it is their duty and honor to look back in the past and make sure they honor where they came from.