Japan is one Asian country that boasts of an active bicycle lifestyle for kids and adults. As such, one would see specific bicycle lanes around the country’s major cities and these are widely used by people of all ages and social standings every day.

Among the active bicycle users in Japan are the schoolchildren. Even in their uniforms, these young kids notably those already in the higher level are urged to pedal to and from school on a daily basis. 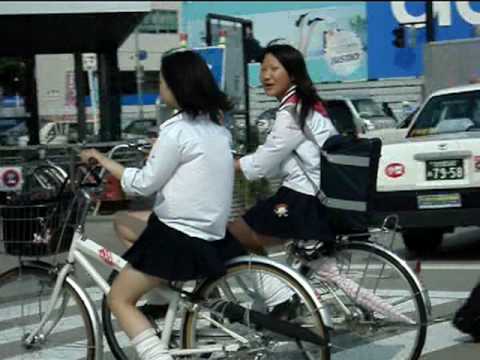 Schools in Japan prohibit parents from dropping off their kids by car. If they do, they have to drop off the child a few meters away from the school. This is because of the narrow roads around schools and the presence of many kids who can be at risk of accidents when cars are allowed to pass by the area.

Some elementary schools also offer bicycle safety training during which the students are required to bring their bikes to school.

The mamachari or mom’s bicycle is the most common bicycle used in Japan. This is available at rental shops and is usually equipped with a basket, a child seat at the back, a lock, bell, kickstand and one gear. This type is very popular because of its affordability.

Many tourist spots in Japan offer rental bicycles for visitors who want to tour around on bikes. These rental shops can be found at train stations and they require a deposit as well as a photo identification and other personal details. The fees can range from 100 to 300 yen per hour up to 1,000 to 1,200 for the whole day.

There are also accommodations in certain areas that provide their guests with bicycles they can use to tour around the place. This can be free or with a fee.

In Japan, there are many areas worth using the bicycle to explore around the place. These include Shimanami Kaido, Kibi Plain, Asuka, Biei, Kyoto and Hagi. In Kyoto, rental bicycles are very popular among tourists. The city’s flat terrain and rectangular street network makes it easy for cyclists to go around places they wish to explore. Asuka, on the other hand, offers historical sites set in a rural environment.

It is important to note that bicycle owners in Japan are required to register their two-wheeled transport with the police. Store owners, however, can register the bikes on behalf of the purchasers. Additionally, those who buy second-hand bicycles are still required to register again with their local police station to avoid confusion, misunderstanding and other issues in the future.