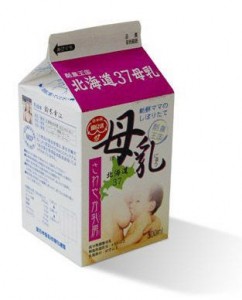 There has always been a lot of hype surrounding the eccentricities of the Japanese people but I believe that eccentric is as eccentric does. In the differences between the West and the East, we can learn a lot – even in the most mundane of things. Take for example how different Japanese soft drinks can be. I found this list on Inventor Spot and picked out some of the most interesting items.

Cucumber-flavored Pepsi, anyone?
I am a Coke person but Pepsi will do if the restaurant does not serve Coke. Yet I always stick to the regular kind. How about Pepsi Ice Cucumber, then? I do not know – I like cucumber in salads but in my drink? Uh, I am not so sure about that.

How about Mother’s Milk?
What? Yes, you read that right, they are marketing a drink called Mother’s Milk. Now I am not so sure if it is really milk from a (human) mother but the packaging of the drink is frightening.  It has a suckling baby. Who would want to drink mother’s milk aside from babies?

Salad and water in one
If you are in a hurry and you don’t have time to eat even a quick salad, then you should go for Water Salad. I can’t believe that Coca-Cola even dreamt up this drink. Was this a reaction to Pepsi’s cucumber drink?

My kid should learn how to drink early!
Give him Kidsbeer! It’s non-alcoholic but your kids will feel like they are adults as they drink their own version of beer. Bizarre, to say the least. I think I’ll give my kid root beer instead. ðŸ˜‰