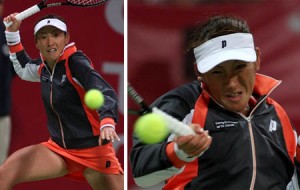 Tennis fans have flocked together at Wimbledon to witness perhaps the most important event in the sport. True tennis enthusiasts would recognize the name Ai Sugiyama, a Japanese tennis veteran. She made her debut in the All England Club scene way back in 1993 and has since then participated in the event 17 times.

Sugiyama, who is now 33 years old, says that she is now only playing for pleasure and not really to compete. Though she is still considered the number one woman tennis player in Japan, she is currently having a hard time keeping up physically. It is no wonder given her age, which can be considered a tad too old for the sport. AFP quotes her as saying:

I’m just thinking year by year now. I don’t know if I can come back next year. It is too far to think of for me. Each year I’m fighting every day to be fit and physically, mentally to be able to play at the top level. It’s difficult actually.

The older you get, it’s definitely tougher because physically, when you’re young, even though you play three or four matches, once you stretch well, eat well then sleep you will be fresh. But when you get to 33, recovering wise, it’s not that easy compared to before so you have to really take care of your body.

What she said is true enough but there is also no doubt that she can still deliver a very good game on the grass. More importantly, she is still well regarded in the tennis world.