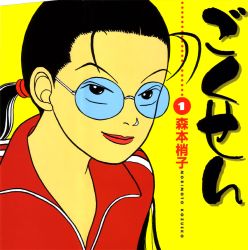 There are different anime and manga series in Japan that revolve around teachers. You have Great Teacher Onizuka for one, another is Gokusen. It might be because anime is mainly written for the youth and their lives. As students they spend a lot of time in school and they are greatly influenced by their interaction with their teachers.

In these anime, we’d typically see the different kinds of students. Each episode or chapter would show how they act in school. There would be those events like the Golden Week celebrations and whatever mishaps that happen.

Gokusen is one of the amusing series to read and watch. The main character is Yankumi and she happens to hail from a Yakuza clan. This makes her an interesting character dealing with students in an all boys’ school.

GTO or Great Teacher Onizuka is another one. Onizuka started out as a teacher in a class that seemed hopeless. He is a tough teacher and so he was seen as someone who could help ‘straighten’ out these students. The manga, live action series and anime have variations on the story. The manga is longer, as usual, hence the need for it to be shortened.

If check these manga, anime and live action series you might think that all students in Japan are tough and have discipline problems. It might be that there are cases that these things happen. Or you might think that teachers fantasize that they are as tough as GTO or Yankumi. Then again, you can also view it as a reaction of the creators to the way Japanese students are being taught.