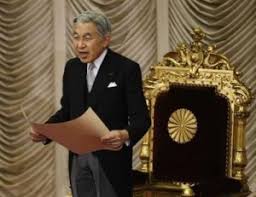 Japan has the oldest continuous hereditary monarchy among the practicing monarchies in the world.  The Emperor of Japan symbolizes the state and the people’s unity.  The members of the family of the Emperor is referred to as the Imperial Family.  They are only expected to perform ceremonial and social events but do not participate in any way in running the government.

The current Japanese Emperor is Akihito who acceded to the throne in 1989.  His predecessor was Showa and his heir apparent is Crown Prince Naruhito.  The Emperor of Japan is never called by his given name and is always referred to as “His Imperial Majesty the Emperor”.

Japan has a standing male-only succession law.  It almost went into a crisis because of the considerable length of time that a male descendant was born.  There were already efforts being made to recommend amending the law but was held in abeyance with the recent birth of a son to one of Emperor Akihito’s children.  History however would reveal that there were at least 8 Empresses that reigned, all of whom were daughters of the male line of the Imperial Clan.  No empress on record ascended to the throne by being a wife or a widow of an Emperor.

Monarchies require monarchs to rule for life and pass their responsibilities and title to their children or family in the event of their death.  The advantage seen in this set-up is the continuity in leadership.  Japan is a constitutional monarchy which grants no power to the Emperor.  This lends credence to the view that a Japanese Emperor’s position is merely symbolic.