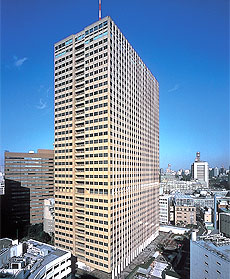 We all know that Japan is one of the most earthquake prone countries in the world – if not the most prone. As such, as much as Japan has to offer, one thing that would be sorely missing in its landscape are the high rise buildings that can be found in all of the world’s major cities. This is not to say that the Japanese have not tried their best in overcoming what nature has set for them. After all, the Japanese are not known for their immense capability to use technology for their benefit for nothing.

That is why as early as the 1960s, they started building their first ever high rise edifice. The Kasumigaseki Building is Japan’s first skyscraper.

The construction was started in 1965 and finished 3 years later, in 1968. This year, they are celebrating its 40th year in existence – and rightly so. Located right smack in the middle of Tokyo, this skyscraper is the first Japanese building to exceed 100 meters. It has a total of 26 stories and currently houses most of the country’s cabinet offices.