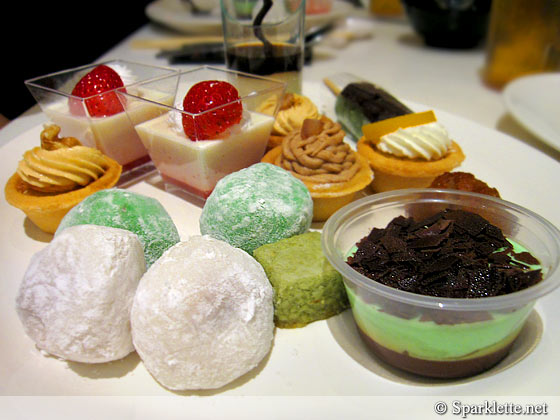 It may occur to many of you that owing to their healthy diet, the Japanese don’t have time for some sweet treats. The truth is, they do love desserts and proof of this is the existence of quite a number of shops offering all sorts of desserts. Candies are also being manufactured in Japan and they’re not being consumed exclusively by kids because adults do love to savor them every now and then.

It is worth noting here as well that the Japanese actually create their desserts in a detailed and precise manner similar to how they prepare their meals? For them, it’s a work of art and they believe that the sweets are not only meant to be savored by the mouth but also by the eyes. 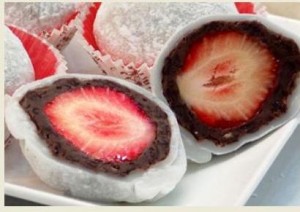 This famous Japanese dessert is made from rice flour stuffed with either jam, jelly, ice cream or red bean paste. Traditionally, they pound the rice using the hands to create the flour.

The mochi ice cream, in particular, is shaped like a golf ball and comes in different flavors such as vanilla and green tea among others.

Another type of mochi is the dango. This is the plain version with no filling inside and is often served on skewers. 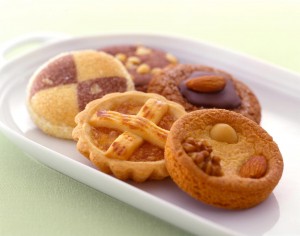 This may be a western dessert but the people in Japan enjoy various kinds of pastries including cookies, donuts, cakes and pretzels as much as those in the U.S. and Europe. In fact, a new sweet shop has just opened in the country featuring an all-you-can-eat cookie buffet.

Aunt Stella’s Cookies is one famous dessert chain in Tokyo that sells a hundred varities of cookies. Of these, 15 varieties are available anytime in the store situated in Ikebukuro. For the fall season, popular cookie flavors on offer at the shop are pumpkin, apple and chestnut. A free drink is provided for customers who take advantage of the cookie buffet.

The meibutso is also another cookie confection preferred by the Japanese. It has a red bean paste filling and the cookie is shaped like maple leaves. 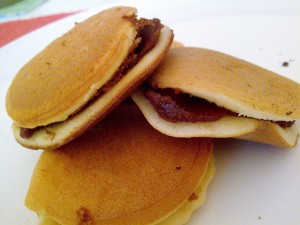 The okonomiyake is the savory pancake. Unlike the usual batter for pancakes, this one also contains yam, eggs, squid, shrimp, cheese or vegetables. In some restaurants, customers have the freedom to choose their own ingredients in making their pancakes.

Apart from the okonomiyake, there are two other types of pancakes the Japanese are so fond of. The dorayaki involves two pancakes with sweet red bean paste in between similar to a sandwich. The other one is the taiyaki which is shaped like a fish and also has sweet red bean paste as filling. 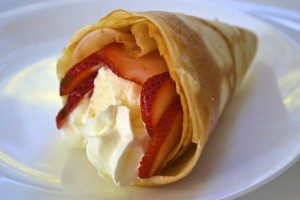 Crepes are also a favorite of the people in the land of the rising sun. However, their version includes fresh or raw fillings and the crepes are folded into triangular cones. And other than the restaurants, anybody craving for this dessert can also buy them at the side streets.