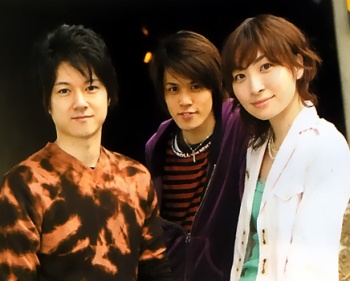 Haven’t you ever wondered how the Japanese can watch Hollywood films and foreign dramas when they’re in English? They can watch these thanks to the seiyuus, the Japanese equivalent of our local voice actors. They play an integral part in the Japanese entertainment industry, with work in radio and television, doing voice overs for foreign films, and narration. But these seiyuus are probably best known for giving voice to different characters in various anime and games. A character’s voice is important in completing a character’s connection with the audience. It can be used to give life and personality to an otherwise two-dimensional character, and conveys the mood in the scene.

Seiyuus are idolized in Japan to the point where fans will watch a new show if a popular seiyuu is part of it. In fact, seiyuus don’t only act with their voice; they must know how to sing, dance, and perform on camera. They go on tour, give interviews and do television appearances promoting their latest projects. A new trend is having an anime’s seiyuus perform in audio dramas or sing “image songs”, opening a new door to greater popularity. Several seiyuu like Maaya Sakamoto and Megumi Hayashibara have broken out to have successful music careers. Occasionally seiyuus in a popular series or the same company will form a group and perform concerts for their fans.

There are many ways to become a seiyuu. Some had careers in the entertainment industry before they became seiyuus, like former idol Junko Iwao and reporter Yuki Matsuoka. A few trained in drama or seiyuu acting schools connected with animation studios before landing roles on drama or anime. Others, like Yui Horie, won a nationwide search held for publicity. Most, if not all seiyuus, are handled by a seiyuu management agency. These agencies set up interviews and auditions, arrange their talents’ schedules, and handle relations with different movie, television, and radio companies.