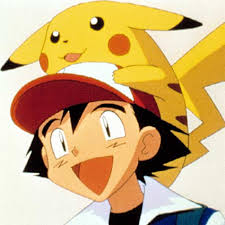 Non-Japanese have often wondered at why Japanese animation is full of European-looking characters. Certainly, there is no reason that Japanese animation has to be limited to only Japanese characters. If the French can produce the beautiful animated feature Kirikou and the Sorceress, featuring only West African characters, then there is no reason why the Japanese (or any other people for that matter) can’t make cartoons about people of races other than their own. Japanese comic book artists and anime script writers often set their stories in Europe or in the European diaspora, in which case, it is appropriate for anime characters to look European. Examples include the Japanimation adaptations of Hans Christian Andersen’s The Little Mermaid, and Johanna Spyri’s Heidi.

What is more puzzling is that characters who are supposed to be East Asian are often given unrealistic, ‘European’ hair and eye colors. Some examples include Ranma, the red-headed Japanese girl of Ranma 1/2, Kenshin, the red-haired, violet-eyed Japanese swordsman of Samurai X (Rurouni Kenshin), and the blond Japanese schoolboy Jinpachi from Please Save My Earth. Anyone with even a very superficial exposure to anime has noticed such ‘racially-inaccurate’ characters. Some observers say that the fascination with European features and color reflects a ‘wannabe-white’ attitude among Japanese. Others simply believe it reflects the younger generation’s fascination with exotic physical attributes and has little to do with self-hatred or Asians taking on a Eurocentric standard of beauty.

The characters of Sailor Moon, Yu-gi-oh and Pokemon are understood by Japanese audiences to be Japanese, but they are also very easy for Caucasians of European descent to identify with because of their appearance. In fact, I’ve seen a US ad for Yu-gi-oh cards, which involved a human re-enactment of characters from Yu-gi-oh, featuring a white boy with blond hair as Yu-gi-oh, and a brown-haired white boy as Kaiba. Both Kaiba and Yu-gi-oh are Japanese names (Yu-gi-oh is not a proper name – it literally means King of Games) and the story is set in Japan, but the characters are most closely approximated in actual human form by white people of European descent. Maybe part of the reason the three aforementioned Japanimation series are very popular in the US is the fact that many of the characters look European.

To be fair, it should also be pointed out that the tan, black-haired, undeniably “Asian” hero is a prevalent archetype in anime, even in ‘fantasy’ settings where the characters don’t belong to any real world race – examples include the wandering Japanese warrior Jubei (Ninja Scroll), the alien scientist Shion (Please Save My Earth), the young knight Parn in the very obviously European-influenced fantasy Record of the Lodoss War. This is not surprising, considering that the target audience for many anime is the Japanese teenage boy (though it should be pointed out that Please Save My Earth is considered a girls’ comic/cartoon), and audience identification is important in any market.

Anime in which all East Asian characters have fully East Asian physical characteristics are actually quite rare. Ninja Scroll – a supernatural fantasy set in Tokugawa Japan – comes close. Ninja Scroll characters do not suffer from the typical ‘huge eyes syndrome’. They are without exception black-haired and dark-eyed, though I have to say the characters’ noses are uniformly pointy, straight and high. 3×3 Eyes does not fall into the “unnaturally high nose bridge” trap; it has an abundance of flat-nosed characters with straight black hair, but two of the female characters have ‘unrealistic’ hair colors – Pai, a Tibetan, has a reddish tinge in her hair, and Natsuko, who is Japanese, has light brown hair. Jin-Roh: The Wolf Brigade, was praised by my European friend as “the only Japanese animation I saw where the characters actually look Japanese”. I watched it a long time ago, and I more or less concur with his opinion, though there were some minor characters with ‘unnatural’ hair colors. Generally speaking, anime targeted at more mature audiences tend to move away from the large eyes, red/blond hair syndrome.