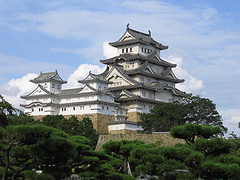 This might be a no-brainer, but after reading the previous post on the existence of Japanese castles, didn’t you become interested on how they came to be? Where did Japanese castles come from?

Just like most castles around the world, Japanese castles were brought about because of two main things. One, feudal lords were constantly engaged in battle with each other, resulting in the need for a safe haven. Two, feudal lords wanted to show off their wealth and power and having an extravagant abode was one of the ways to do so.

Actually, the first reason is perhaps the more compelling of the two. The need for strong defenses first arose in the Nara period, which was around 545-794. It was during this time that the feudal lords reached the peak of their fighting. As such, the primary reason for them to build castles was to fortify their dwelling places. Among the measures that they employed were to build moats and walls around their property, hoard food and supplies within the walls, and build towers in the center of the castle to be able to view the surrounding area where the enemy would be.

After the feuding eras, during the Meiji Restoration in particular, there was no need for strong defenses anymore. During this time, many feudal castles were destroyed – either because of natural disasters or by the hands of men.

Today, there are still some of the original castles that remain standing. Many of them have been restored and are popular tourist destinations.