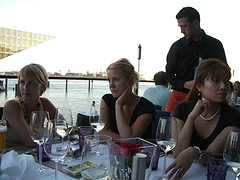 In some cultures, women are expected to quit working once they get married and start a family. Though Japan is not unique in this respect, the figures involved are probably significantly higher. According to a report in Japan Today, the estimated figure is about 70 percent. That is, this is the percentage of working women who quit their jobs when they get married.

In Japan, about 70% of working women quit their jobs when they start a family. Though many hope to eventually return to the workplace, it is difficult for them to return to a full-time working environment afterwards. According to the government, approximately 2.45 million women aged between 25 and 65 wish to work full-time in companies.

As one of the measures to encourage women to return to the workforce, Japan Women’s University (JWU) started the so-called “Recurrent Education-Employment System” with the government’s financial support in September, 2007. In the one-year program, women who have bachelor degrees and working experience take courses to update their work skills, such as business English and introductory and advanced computer training. The program also provides career counseling so students can find new jobs which match their related experience and skills.

This is good news for the large number of women who may have been forced by the circumstances to give up what they have worked long and hard for. Aside from having the chance to continue what they started before they got married, these women would be able to help out with the family finances. With the way things are going in world economics today, this is something that a lot of people would welcome for sure.